“All our lives we postpone everything that can be postponed…”

Because I'm bored, I've been reading Borges and my notes. So, a selection of thoughts on Jorge Luis Borges, culled from my journal, scribbled marginalia, and half-obscure notes, quotes, and bar napkins.

Every time I read Borges I’m more and more astounded at the activity going on beneath what superficially appear to be bizarre and artificial “stories.” And I'm more and more astounded at how deeply affecting his stories are, at how much they serve as repositories of ideas and thoughts, as provocations and conversation startes, and as investigations into the magic that is life.


I said "artificial" above because some contemporary fiction takes itself too seriously, is too self-aware, uses itself as a subject. What such fiction lacks is a good story, with emotional and psychological depth. The story can’t be the story itself, but it can, as Borges proves, be about literature, identity, perception, and translation, and still have a plot, conflict, narrative, characterization. I tend to forget what I’ve read when what I’ve read is linguistically clever but devoid of meaning or feeling. I won’t name names. An equivalent in visual art are the abstract paintings of Rothko, paintings that in my opinion investigate color theory, and nothing else. The idea of art is not art. We focus too much on the outwardness of life, writes Robert Bly in American Poetry, and not enough on the inward. A riveting work of fiction, a lasting work of fiction, and important work of fiction, is not just invention and wordplay but a finer, richer, more fulfilling experience, and more along the lines of what Kafka meant when he spoke of wanting a book to be an axe for the frozen sea inside of us. And Kafka would know; that man had more frozen sea than Shackleton.

So as far as literature goes, I like it when the writing is strong and meaningful, when the thought or inspiration that provoked the writing is hidden beneath the surface and not the subject of the writing itself, when the story isn’t obvious artifice.

Enough theory, back to Borges. He bewilders easily, in stories such as Tlon, Uqbar, Orbis Tertius, but like a mystery writer he also leaves clues – he was definitely a fan of Chesterton and probably of Doyle. Nothing shows that better – I think – than The Shape of the Sword.

The Shape of the Sword is more traditional than many of the other stories in The Garden of the Forking Paths and Artifices. My reading notes begin with typical observations about themes, tone, voice, the usual nonsense. Then I read about the main character’s “glacial eyes” and “lean energy,” and I remembered something I’d written earlier about Borges: “will have to read and weigh every word carefully.” And immediately after that, I remembered recording the following quote from Borges’ essay, Narrative Art and Magic: “magic, in which every lucid and determined detail is a prophecy.” That’s when I really began to focus on what was going on in the story, from the descriptive passages to the underlying themes and structures.

As I said, Borges usually included a line or two in his stories that acts as guideposts or keys for comprehension. Certain lines frequently stand out and because they do, they can be misleading. Reading The Shape of the Sword, I thought at first the line “Whatsoever a man does, it is as if all men did it” might be the signature line, until I finished the story and realized I’d underestimated Borges’ cunning.

The scimitar, “in whose frozen crescents the wind and violence of battle seemed to live on,” is not only an evocative and poetic image but a metaphor and physical object in the magic narrative of the story. Everything in this story carries meaning – the sword and the title, the name of Vincent Moon, the odd request by the Irishman not to withhold “contempt or condemnation.” The surprise at the end is stunning, the crossing of identity amazingly well written, and as I thought about the story immediately after reading it, I couldn’t shake the feeling that this was incredible writing, incredible story-telling. Vincent Moon, the scimitar that lives on, Schopenhauer’s theory, immortality, Shakespeare, Hamlet, guilt, and shame…The story is a shimmering symbol and perfectly magical as defined in Narrative Art and Magic.

The Shape of the Sword is fiction at its finest, and it isn’t difficult to grasp. I don’t believe that fiction must make a point, but it must reveal something, must prompt our intellect as well as our emotions. In those terms, Borges sometimes fails. Tlon, Uqbar, Orbis Tertius doesn’t stimulate my feelings much, but certainly it gives me much to chew on intellectually.

Along with Pierre Menard, Author of the Quixote, Tlon, Uqbar, Orbis Tertius is about translation – not just of literature, but of reality as well. “Orbis Tertius” is Latin for third world, Earth is the third planet, and perhaps, in Plato’s schema, “third” refers to the third ‘remove’ in his theory of forms. I imagine that there is in each of us an “I” that observes the world and translates it according to everything previously observed. That’s a really condensed philosophic argument; not quite solipsism, but almost. In Tlon, Uqbar, Orbis Tertius, the narrator ends by saying that although the world will become Tlon, he will “go revising… an indecisive translation in the style of Quevedo of Sir Thomas Browne’s Urne Buriall.” I began to think about the possibility that Tlon was a figment of the narrator’s imagination, that it somehow got away from him and entered the real world, where its effects were observed as alien by the narrator and which ultimately became a labyrinthine and self-supporting fallacy. Schrodinger was right in that we can’t observe something without altering it; Pierre Menard was right in that to properly translate a work of literature, you must take into account the world in which it was created, and at the same time take into account the world in which you translate it. Difficult and deeply philosophical ideas, bordering on madness: a work of literature that doesn’t reveal but obscures… 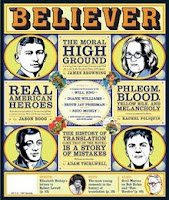 I can see the attraction to experimentation and also the inherent risk. Adam Thirlwell tackled some of these questions in a recent essay in Believer. But if no one knows what you’re doing, or what you’re doing isn’t easily understood, what is the point of what you’re doing? I confess to losing the thread of Thirlwell’s argument in the Believer essay. The reason I write poetry is deeply personal, and for myself alone, and if someone else likes it, that's incidental to my writing it. I interpret the world though poetry and I explore inwardly to gain insight and wisdom – a life of art, I suppose. So assume Borges did the same, and Tlon, Uqbar, Orbis Tertius is one of the results of his explorations. Aren’t we both just doing translations?

I suppose that the preceding paragraph is as difficult as Borges would be to a fifth-grader, and for that, I apologize. I would like to return to those particular lines that stand out in Borges, the lines that encapsulate something greater than the story at hand.

“What he wrote on the paper one day, he did not see the next; for this happens to every one there when he commits any thing to paper from the external man only, and not at the same time from the internal, thus from compulsion and not from freedom; it is obliterated of itself…” (Et Cetera).

I like the idea that what one writes from outside compulsion will disappear. As an artistic idea, it’s empowering to the writer – write what you believe in, say what you want to say. At certain times in history this could be a heretical or dangerous idea, and it works well within the story. I think about all of the next-to-worthless papers I’ve turned in for college classes, papers that were written because I had to write them, papers about topics I didn’t have anything to speak about, papers that were written in the dark hours of morning just before class. How often we forget what we write – but the best writing is that which comes from within, from the sense of intellectual and emotional freedom that accompanies it. Those are the writings that stay with us, the writings whose meaning is never lost.

Rhetorical question: how do we define (translate) our world through language? I won’t attempt to answer such a vast topical question but Borges suggests in Tlon… that memory and imagination are the arbiters of physical existence, and he explores the concept that thought is confined by the structure of language. The story gave him a chance to experiment with his native tongue and see what lingual boundaries he could push. How does our understanding of the world change when language is altered or replaced with another language? What effect does this have on translation of literature?

I am thinking about those questions, now more than ever. I finished reading

Daniel Everett’s Don’t Sleep, There are Snakes, an account of the author’s experiences with and conclusions about the Piraha, an Amazonian tribe who lack concepts of color and number, who live entirely in the present, and who speak a language so completely different from any other that it has challenged every existing linguistic theory, Chomsky’s included, as well as ideas about how culture, cognition, and language interact. But that’s for another time. Borges certainly wrote about many of the same questions Chomsky studied, and since I disagree with Chomsky’s theory of universal grammar, I’d have to say that, without going into too much detail, Tlon… at the very least becomes another one of Borges’ circular ruins, a narrative that curves in on itself and supports itself like an arch, with language, cognition, and culture the keystone.

“There is no intellectual exercise that is not ultimately pointless” (Pierre Menard, Author of the Quixote). This is a wonderful quote to drop into a conversation with friends in a bar. It also demonstrates Borges’ sense of humor about what he is writing and why.

The Nothingness of Personality is Borges in his youth, tackling a subject that should, in my opinion, remain vast and obscure at the moment of death from old age. I did not understand the essay and I found it disagreeable.

Pascal’s Sphere: Thomas Kuhn coined the term paradigm shift” in his book The Structure of Scientific Revolutions (1962). While he defined it in a purely scientific context, it has since become useful to describe cultural movements, trends, and revolutions – exactly, or at least similarly – what Borges is discussing in this essay.

One of my friends loves the beauty of Murakami’s sentences in The Wind-up Bird Chronicles. I love the beauty of Borges’ sentences in Funes, His Memory. “All our lives we postpone everything that can be postponed…” The ideas that Borges experiments with make his fiction powerful, rather than the blurring of fiction and non-fiction, or the various modes in which his fiction is presented. Those may be conscious experiments in form, but they only succeed because of skill. I wonder how Borges wrote, about his invention and revision processes. How did he plan a story, choose its form, and know when to put down the pen?
Posted by Jason E. Weeks at 8:50 PM
Email ThisBlogThis!Share to TwitterShare to FacebookShare to Pinterest
Labels: Books, Writing