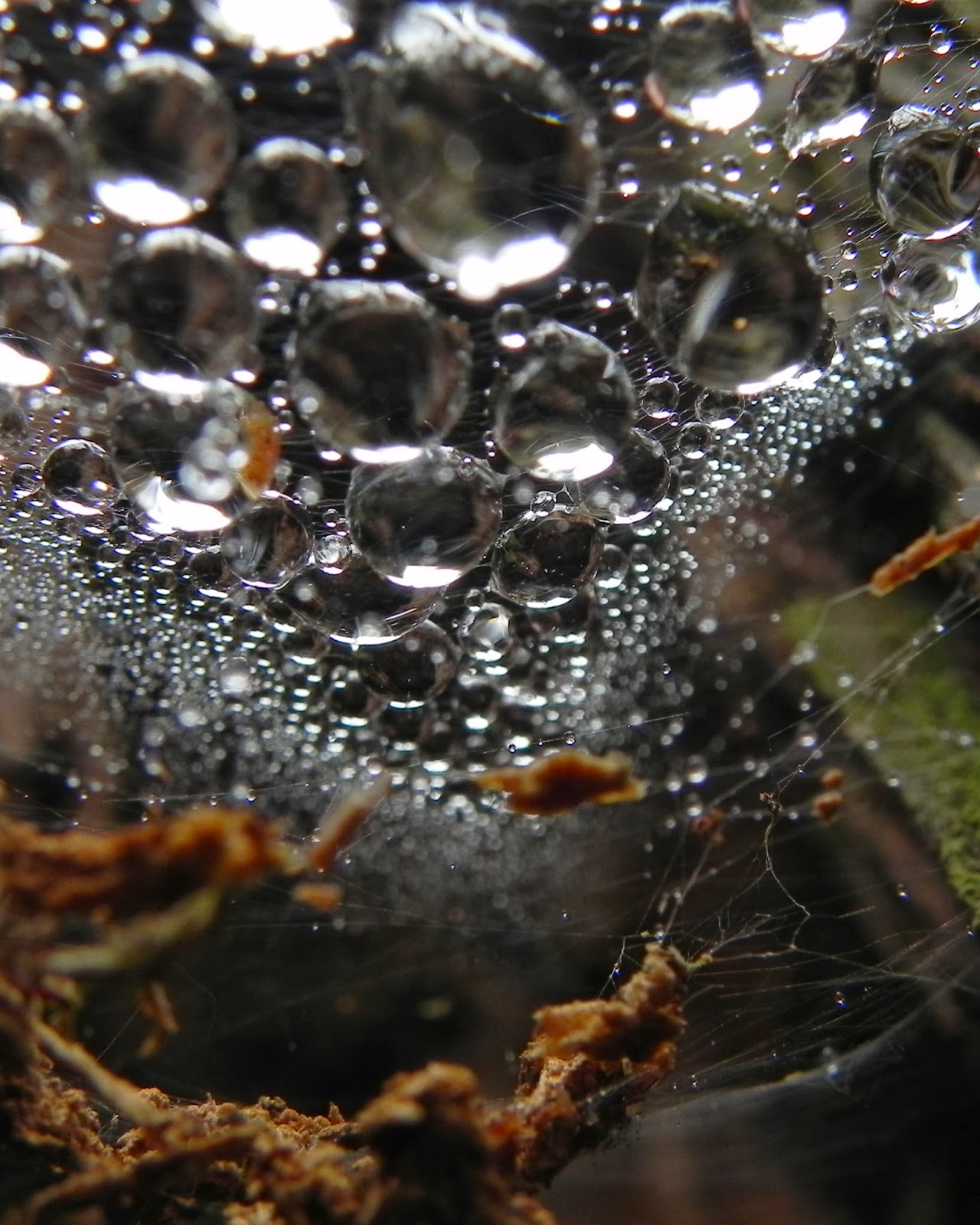 Dew and Spiderweb,
Taken March 11th, 2013, with a Nikon P100 (cropped from original).
Used for February in the 2014 Borrowed Times calendar.


I have written before about my fondness for stumps. There’s always something going on with them, and I can’t resist looking inside them. This photo was taken at , on a rainy day in March, when very few of the almost one million annual visitors were present. Their litter, however, was left behind, and I cleaned up a ton of trash on the trail. The park service was actively thinning trees while I was hiking there, and trail maintenance prevented access and photography at several of the park’s ten namesake waterfalls. All in all, it was a disappointing day in the woods, and I had to look elsewhere for something resembling “an area where the earth and its community of life are untrammeled by man, where man himself is a visitor who does not remain." I found such an area, and it was in a stump.


I don’t recall what this stump looked like. I believe it was a cedar, not too old, not too big, but there memory fails me. Part of the problem with my memory of this stump is the fact that I didn’t look at it as a whole. Rather, I looked inside it, and on it, and found a spider web that had collected rain in a sheet of drops suspended between a vertical gap in the decaying wood. The web was a net of silver threads anchored to sepia cedar and a veneer of rich green lichen. Rain drops weighed it down, and sparkled, and under them hung odd bits of rotten heartwood that had fallen and been caught in mid-air. As a scene, the web and rain and stump were compact, hidden, and entirely weather-dependent – I happened on it by chance (and a habit of peering into stumps), when it existed in that exact combination of elements, and before the rain collapsed the web, or dripped off the spider silk, or dried up. Of the spider, there is no telling.


Although the web was smaller than the size of my hand, there was room to get the camera underneath the web and shoot upwards towards the rain. Getting the focus right was difficult, and water kept landing on the lens. It took some time, but what else was I out there for?


I quoted above part of the Wilderness Act of 1964, and while is a state park and most definitely not a wilderness, I was happy to find a small part of nature that had not been dominated by man and his works. In that stump, nature went on doing its thing – decomposing, raining, spinning webs, and creating beauty. I took a few moments to appreciate that beauty, and study it through the lens of my camera, and then I walked on down the trail, feeling a little bit more untrammeled by the works of man.
Posted by Jason E. Weeks at 1:14 AM
Email ThisBlogThis!Share to TwitterShare to FacebookShare to Pinterest
Labels: Calendar 2014, One Shot Wilderness, Outdoors, Photography