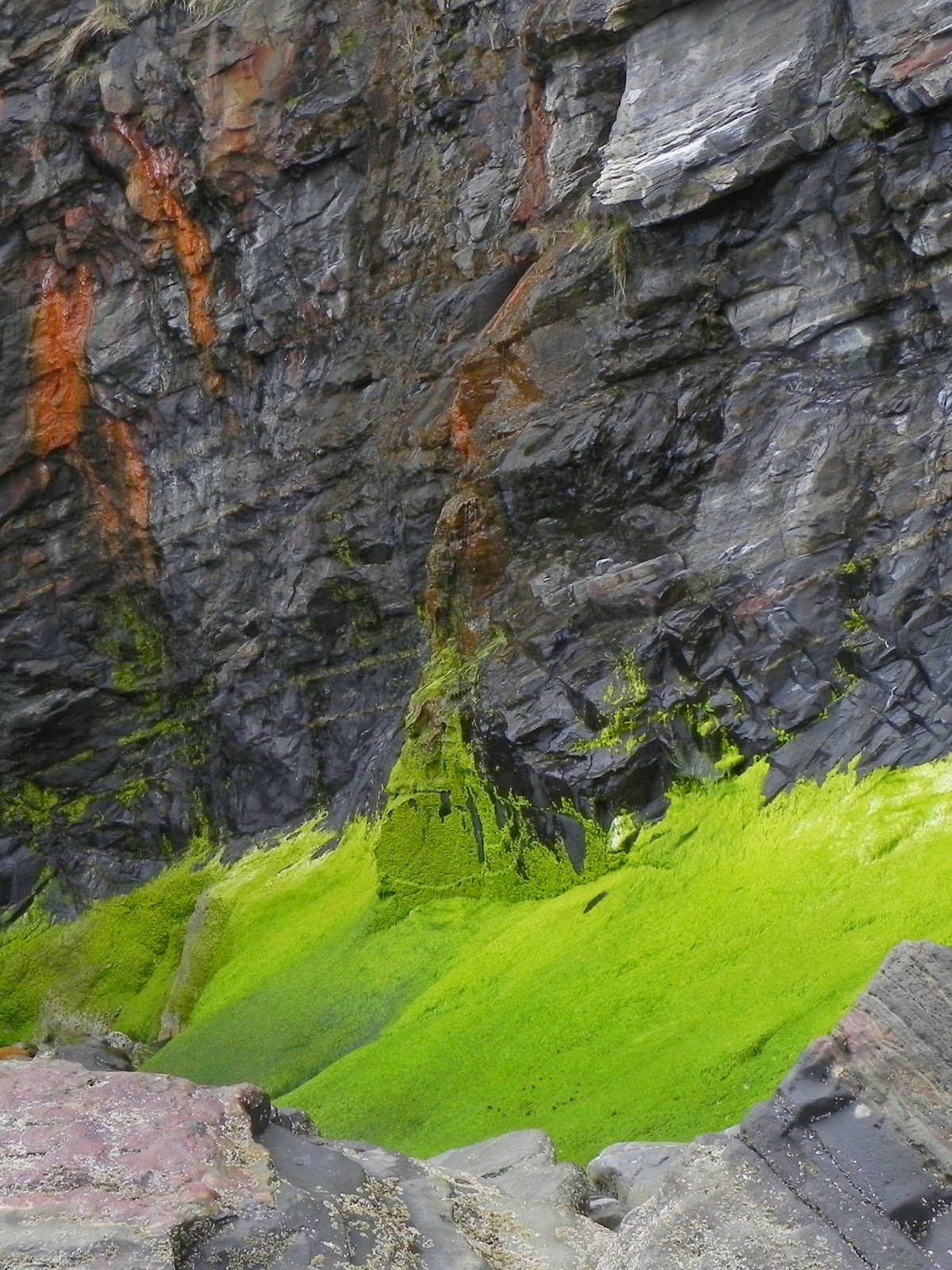 This photograph snuck up on me. I didn’t realize how much I liked it until months later, well after I got home and had gone through the day’s photographs a few times. I like the oxide bleeding from the black stone, the intensity of the green sea-slime (or whatever it is), and the strange framing and sweep of the rock. I’m drawn to patterns and abstraction in nature, in the way that things line up with wild purpose and yet lack intent. A cliff-face like this one can be hidden in plain sight, simply being the way it is. At Short Sands, the attention is often held by surfers and waves, on the waterfall at the end of the cove, and in the swampy Sitka and cedar rainforest on the cape above. All of those things are active, moving, evolving. Yet, here’s some stone, a splash of color, some zen – slow, dawning, unhurried – and somehow in its simplicity more varied and evocative than the other images I brought home that day.
Posted by Jason E. Weeks at 12:21 PM
Email ThisBlogThis!Share to TwitterShare to FacebookShare to Pinterest
Labels: Calendar 2014, Outdoors, Photography